Get fresh music recommendations delivered to your inbox every Friday.
We've updated our Terms of Use. You can review the changes here.

by No Cosign Records 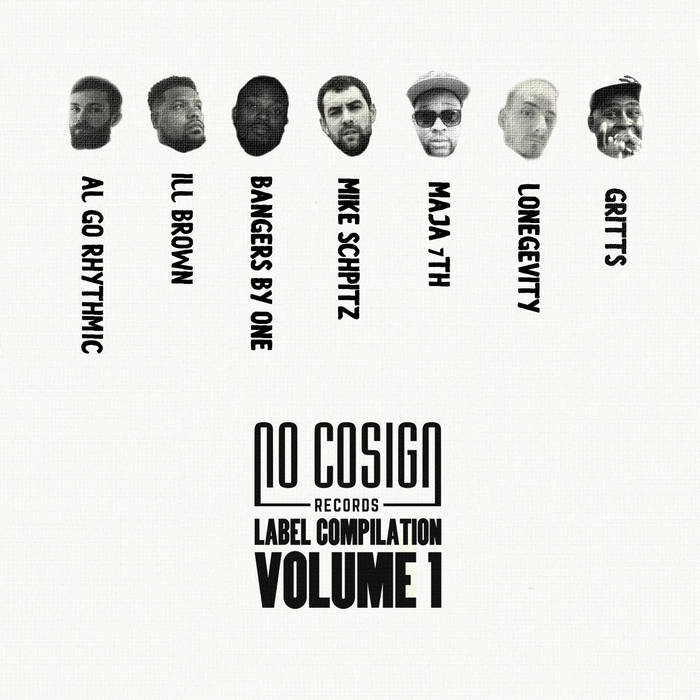 Combining a unique and broad array of sounds relating to hip hop music, NO COSIGN RECORDS has launched with its first sampler: an introduction into the musicians affiliated with the label. On our first sampler, listen to music from everyone we help put out music for:

AL GO RHYTHMIC - An upstart producer from Indianapolis with a heavy knack for knock.

Bangers by One - A producer and engineer originally from Dayton, OH, that now resides in Indianapolis. One is an iStandard champion and songwriter.

Gritts - A multi-instrumentalist, singer, and emcee from Anderson, IN, covering multiple genres. Gritts is in Sweet Poison Victim and Hinx Jones.

Hinx Jones - The hip hop duo of Lonegevity and Gritts. They will be unleashing their third studio album with No Cosign Records.

ILL Brown - An engineer, iStandard champion producer, and emcee from the south side of Chicago, now residing on the west coast. He's also the founder of Tomahawk Music Gang. Brown has credits with Freddie Gibbs, Bun B, Casey Veggies, Dom Kennedy, and more.

Lonegevity - Producer, engineer, emcee, and founder of BDTB music blog and No Cosign Records. Lone is a RBMA Bass Camp alum and co-founder of Beats & Breakfest.

Mike Schpitz - An emcee hailing from Topeka, Kansas, and now residing Chicago, Mike has a lengthy catalog. He is known for his work with Grumpy Old Men.

NO COSIGN RECORDS is a global independent music label based out of Indianapolis, Indiana, with musicians/instrumentalists, producers, singers, and emcees spanning from the Midwest to the West Coast and beyond. Our goal and aim is simple: we don't create artists; we instead focus to nurture their aspirations with artist development and label services. Although all of our artists have a hip hop background, we don't focus on genres: our genre is dopeness in whatever form it presents itself.

NO COSIGN RECORDS is a global independent music label based out of Indianapolis, with musicians, producers, singers, and emcees from the Midwest and beyond.

Our goal / aim is simple: We don't create artists; we nurture their aspirations with artist development and label services.

Bandcamp Daily  your guide to the world of Bandcamp